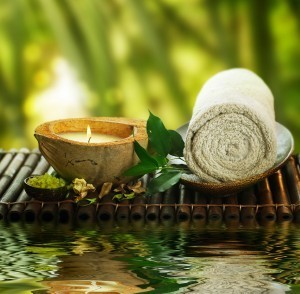 In our Sound Therapy Training Programs we teach that optimum health occurs when we are vibrating in harmony at our natural and inherent resonant frequency.  Each aspect of our being including our physical, mental, emotional and spiritual aspects has a unique resonance, or rate of vibration.  When one of the resonant frequencies of these aspects begins to vibrate out of sync, dis-ease or ill health occurs.  When this happens, an imbalanced sound pattern or vibration has been established within one or more levels of our being.

There are 4 key ways that sound therapy works:

Let’s look at each of these in turn….

Sound Therapy tools can help to restore the inherent vibration via sympathetic resonance.  The sound therapy tools allow the area of imbalance to be brought back into balance through a like vibration.  The like vibration is the vibration, which matches the original frequency and is the frequency the area most naturally wants to vibrate at.  Through the projection of the sound tools’ pure vibrational sounds the waves go to the area of imbalance and the weak or dissonant frequency is transformed and optimal resonance is restored.

Sound therapy also works through entrainment, which is a law of physics.  The definition of entrainment is the predisposition that two oscillating bodies will lock into phase so that they vibrate in harmony with one another.  Entrainment therefore occurs when two or more rhythmic cycles come into synchronisation. This principle is universal and can be found on many levels for example in chemistry, neurology, biology, medicine and astronomy.

Dutch scientist Christian Huygens discovered entrainment in 1656 when he placed two unsynchronised clocks side by side and found that they began to gradually synchronize.  He discovered that the precision of this was so accurate that not even mechanical intervention had the capacity to calibrate them quite so accurately.

On a physical level entrainment can often occur in women who live together or who spend much of their time together.  Their entrainment is of a bodily nature, through chemicals and hormones that regulate the menstrual cycle.  What can often happen to these women is that their monthly menstrual cycle begins to synchronise and they lock into step with one another.

This law of physics also applies to other more complex structures such as the brain.  Brain wave entrainment relates to the brain’s actual electrical response to rhythmic sensory stimulation, such as pulses of sound or light.  When the brain is given a stimulus either through the eyes, ears and / or one of the other senses, it emits an electrical charge in response.  This is referred to as being a cortical evoked response.  These cortical evoked responses are electrical responses which travel throughout the brain and ultimately become those things that we see, hear and feel. If the brain is presented with a repeating stimulus, it responds by synchronising these electric cycles to the same rhythm.  This is commonly called Frequency Following Response or ‘FFR’ for short. The stimulus itself can be nearly anything; for example a physical vibration, a flash of light or a pulse of sound.

An example of this can be seen when the brain is presented with a sound instrument such as a drum which emits a rhythmic sound that stimulates the brain.  This rhythmic beat is reproduced in the brain in the form of electrical impulses. When the drum beat increases or decreases in speed, but stays consistent the brain responds and synchronises its own electrical cycles to the same rhythm of the drum.

Frequency Following Response (FFR) is used in sound therapy to stimulate special brainwave frequencies that are associated with positive well-being.  As brainwaves are intimately linked to mental states of consciousness, by creating sounds associated with brainwaves that lead to peace, calm and healing, we bring about positive change.

An example of this can be found when working with the 4-8 hertz theta brainwave frequency.  Theta is associated with both sleep and deep meditative states.  Therefore working with a 4 – 8 Hz sound pattern is extremely helpful in manifesting the sleep/meditative state and can be used for example with someone suffering from insomnia, stress, tension and general anxiety.

With Sound Therapy it is possible to stimulating particular FFR’s relating to specific mental states including relaxation, healing, creativity, grounding etc. The FFR is also linked to the creation of deep spiritual states including deep meditation, lucid dreaming and moments of realisation.

Part of the process of the electrical reactions within the structures of the brain comes from the synchronisation of the two hemispheres of the brain:  the left and right, which are associated with masculine and feminine attributes.  The left-brain is linked to the masculine principle of reason, scientific proof and emotional objectivity. The right-brain is linked with the feminine principle of creativity, intuition and empathy.

Sound tools allow the two hemispheres to be balanced and come together for maximum or optimum health, transformation and advancement.  This is often referred to as ‘hemi-sync’ ® through the work of Dr Robert Monroe of the Monroe Institute, who has done much research into this theory.

The simplest way in which to achieve this via sound therapy is with the use of two different frequencies.  We can see how this works for example with a frequency of 100 cps and another of 108 cps that are played in tandem.  What happens with these two differing frequencies is that a third frequency is created from them.  In this example it would be a frequency of 8 cps.  What is also important in brain synchronisation is that the frequency is within a range that stimulates positive mental, emotional and or physical responses.  In this example the balancing of the two hemispheres of the brain occurs within the Alpha range, this is linked with relaxation, light meditative states and creativity.

So we can see that sound therapy, through its inherent rhythmic vibrations and sounds can alter the brain wave frequency, entraining harmonious frequencies.  Dissonant vibrations can be replaced, ensuring imbalanced areas locks into the rhythmic pattern and thus changing vibratory rates, from negative to positive.  Sound Therapy has the wonderful potential to balance the two hemispheres of the brain allowing equilibrium to be achieved and to manifest positive states of consciousness linking to mental, emotional and physical balance, harmony and well being.