Learn to work effectively with tuning forks to help yourself and others: your family and friends.

This is an amazing introduction to working with the healing sounds of tuning forks!

When you join this course, you’ll:

* Help yourself with healing sounds – feel more relaxed and calm

* Give effective sound healing sessions to the people you care about: your family and friends

* Lay a solid foundation for a career in sound healing, working 1-2-1 with clients

You will need these tuning forks to complete the course.

You can buy these tuning forks from us at a DISCOUNT PRICE for people on this course.

WHAT PEOPLE ARE SAYING ABOUT THIS COURSE:

“I have thoroughly enjoyed the course.

Very informative and in depth.

Everything is clearly explained and demonstrated and the great thing is, you can go back and watch as many times as needed.

To secure your place on the course, join now – click here

* Workbook to guide your learning

* Assessment of workbook with personal feedback

You’ll get immediate access to the learning resources for this class!

In this video, Tony Nec from the Sound Healing Academy outlines our new on-line course leading to the Level 1 Foundation Certificate in Sound Healing with Tuning Forks.

This new course will open for registrations on 31st March 2016.

WHO IS THIS COURSE FOR?

It’s a great course for people who want to learn how to work with tuning forks to help themselves and their family and friends.

This course is ideal if you want to focus on healing with tuning forks and you’re not so interested in working with other sound healing instruments at this stage in your learning and development.

If you’ve already taken a general multi-instrument sound healing course with us, and you want to dive more deeply into working with tuning forks, this course is also good for you….

It’s the first level in our training to become a professional sound healing practitioner specialising in tuning forks.

So, after you’ve completed the Level 1 course you can move onto our on-line course: Level 2 Practitioner Diploma in Sound Healing With Tuning Forks!

During a Sound Therapy with Tuning Forks Workshop held in Glastonbury UK in April 2015 by the Colour of Sound Institute, Tony Nec interviewed Eileen McKusick live from Vermont, USA.

In this video, Eileen talks about the techniques she has developed for assessing imbalances in the human biofield and how to correct the imbalances. 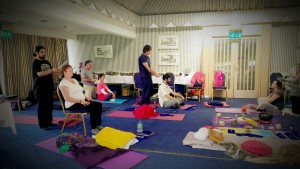 Following our tuning forks workshop in Dublin last week, we received this very positive email from Sheila OBrien, who was one of the course participants:-

Hi Tony,
Wanted to say thanks again, I really enjoyed the seminar!
Also wanted to let u know that after I came home I used an app to measure my husband Jonny’s heart rate variability (HRV) before and after the tuning fork protocol for general well being and nervous system balance. His HRV had been very low lately due to over training for a triathlon. It measured 55 before and went to 76 after!!! And has stayed up since with some slight variation. Cool!!!!
Sheila

The app Sheila used is called ithlete and it requires a finger sensor.

HRV is the gold standard medical test for measuring stress in the autonomic nervous system. A low HRV score indicates a high level of stress.

The US Federal Government, the Centers for Disease Control (CDC), says that 90% of all illness and disease is related to stress.

“Too much stress for too long creates what is known as ‘chronic stress’ which has been linked to heart disease, stroke, and may influence cancer and chronic respiratory diseases. And illness is just the tip of the iceberg. Stress affects you emotionally, as well, marring the joy you gain from life and loved ones.”

Sheila’s research shows that working with the tuning forks protocol developed by John Beaulieu for general well being and nervous system balance helps to reduce stress.

A tuning fork is an acoustic resonator in the form of a two-pronged fork with the prongs (tines) formed from a U-shaped bar of elastic metal, usually aluminium or steel (though in some case quartz crystal). 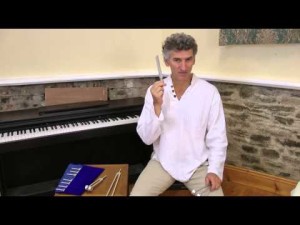 It resonates at a specific constant pitch when set vibrating by striking it against a surface or with an object, and emits a pure musical tone after waiting a moment to allow some high overtones to die out.

The pitch that a particular tuning fork generates depends on the length of the two prongs.

Tuning forks are mostly used to produce a standard of pitch to tune other musical instruments, though they are also used to calibrate radar guns (e.g. for measuring the speed of vehicles); in gyroscopes and in clocks and watches.

Tuning forks are also used by medical practitioners a variety of ways:

They are also commonly used alongside healing modalities such as polarity, massage, shiatsu and crystal therapies.

Like many of the instruments that are employed in sound therapy, tuning forks can be used therapeutically either as a stand-alone instrument or they can be combined with other sound tools as part of a harmonic sound therapy session.

The U shape of the tuning fork produces a very pure tone, which means that they have a unique sonic precision, unlike most instruments.

There are 2 aspects to this:

Also, the overtone frequencies in a struck fork die out relatively quickly, leaving only the fundamental note as a pure tone.

The pure tones of tuning forks, combined with their compact, light-weight form, make them an ideal instrument for sound therapy.  They can be moved very easily around the aura of clients, held near their ears and placed on their bodies.

Another reason for using the fork shape is that, when it vibrates in its principal mode, the handle vibrates up and down as the prongs move apart and together. The handle motion is small, allowing the fork to be held by the handle without damping the vibration, but it allows the handle to transmit the vibration to a resonator (sounding board) which amplifies the sound of the fork. Without a resonator (which may be as simple as a table top to which the handle is pressed), the sound is very faint.

The reason for this is that the sound waves produced by each fork prong are 180° out of phase  with the other, so at a distance from the fork they interfere and largely cancel each other out. If a sound absorbing sheet is slid in between the prongs of a vibrating fork, reducing the waves reaching the ear from one prong, the volume heard will actually increase, due to a reduction of this cancellation.

All parts of the body can act a resonator for tuning forks, though certain bones such as the sacrum, sternum and cranium are especially good for this.

All this means that tuning forks can be used effectively both on and off the bodies of clients to balance the nervous system and etheric fields, induce relaxation, reduce stress and enhance energy levels.

They are however not typically used in group work such a sound baths, as their audible sounds are quiet unless struck together to amplify the sound harmonics.

As you will see throughout these articles, there are many references to the frequencies or pitch of tuning forks measured in Hertz (Hz).  This is because tuning forks are deigned to create a specific pitch when struck, and so knowledge of their frequencies is fundamental.

Do you have a yearning for greater spiritual awakening – for the peace, calm and happiness that it brings? I certainly do….. I was fortunate as a teenager to be introduced first to Gregorian Chanting by Catholic monks and then a few years later to Buddhist Chanting by Tibetan lamas. I discovered the power of sound to inspire my spirit and transform my life. This discovery triggered a deep yearning for spiritual fulfillment that led me on a quest over many years to explore the philosophies and practices of ancient wisdom traditions from India, Tibet, China, Japan and elsewhere…..! Enlightened spirituality, for me, is grounded in two powerful forces for transformation – compassion and wisdom. By adopting certain practices, we can enhance these two qualities that are naturally embodied in us. We can harness the power of these two forces to fly high like a bird with one on each wing. With compassion we can face the pain and suffering on our planet, take action to help others and make a difference. With wisdom we can take effective action that does not burn us out with compassion fatigue, or cause greater harm to others…. Compassion fires us up to get off our sofas and help others. Wisdom guides and cools compassion, so that we can be effective in helping others over long periods of time….. When we live with compassion and wisdom in our hearts, we can strike a balance between doing and being – between activity and relaxation. We can slip into present moment awareness and release the fears of the future and the traumas of the past. We can dance between silence and sound, and in that dance we can connect with the unbounded energy of the universe knowing that there is no separation between you and me. We are all ONE. I feel your pain and you feel mine. I feel your happiness and you feel mine. So when I help you with sound healing, for example, I also help myself. That’s why I’m most happy when I feel that I’m making a valuable contribution back into the world. I love what I do…..and with that comes, peace, calm and serenity! I talk about more about how we can work with sounds for healing and spiritual awakening in a video recording of a talk I gave recently that you can view below:- If you are on a journey towards greater wholeness and wellness, then I’m sure you’ll find the video really interesting and inspiring… Enjoy the talk!

In the video below, Tony Nec from the Colour of Sound Institute outlines how we can work with sounds and music for our spiritual awakening and healing. 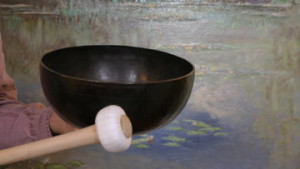 This video is a recording of a live tele-seminar broadcast in January 2013.

If you would like to subscribe to our FREE tele-seminar series, please join the Colour of Sound Institute as a Member (free of charge) by clicking the link below: